Teenage Mutant Ninja Turtles
Teenage Mutant Ninja Turtles
Teenage Mutant Ninja Turtles
Heroes in a Half-shell Turtle Power
Here we go,
Its the lean, green, ninja team
On the scene, cool teens doin' ninja things
So extreme, out the sewer, like laser beams
Get rocked with the Shell-shocked Pizza Kings
Can't stop these radical dudes,
The secret of the ooze made the chosen few,
Emerge from the shadows, to make their moves
The good guys win and the bad guys lose
Leonardo's the leader in blue
Does anything it takes to get his ninjas through
Donatello is a fellow, has a way with machines
Raphael has the most attitude on the team
Michelangelo, he's one of a kind,
And you know just where to find him when its party time
Master Splinter taught them every single skill they need
To be one lean, mean, green, incredible team 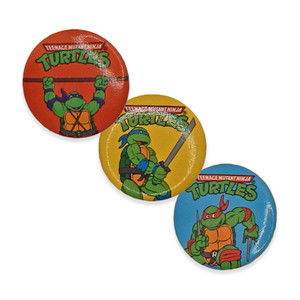 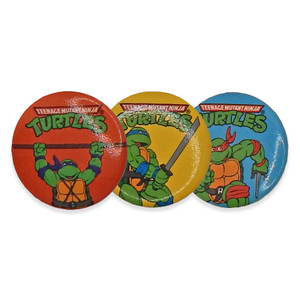